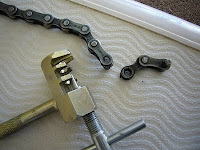 If you have some function, say some custom refactoring operation, you can call it from a dired buffer, and have it run on each marked file, using the code below.

Go into a dired buffer, mark some files, and then do M-x and run your command. In this case it would be test-for-each-dired-marked-file